Annecto Legal approached the 24 ministerial departments in order to collect data on the total number of proceedings commenced and the total number judicial reviews sought against them over the past five years. We did this by submitting a series of FoI requests and the full results of the research can be found below. The data shows that the Department for Communities and Local Government was the most sued, with 183 proceedings commenced against it since 2010. With regards to judicial reviews, the Department of Health tops the table with 113 judicial reviews sought against it in the same time frame.

Proceedings commenced against the ministerial departments (2010-2015) 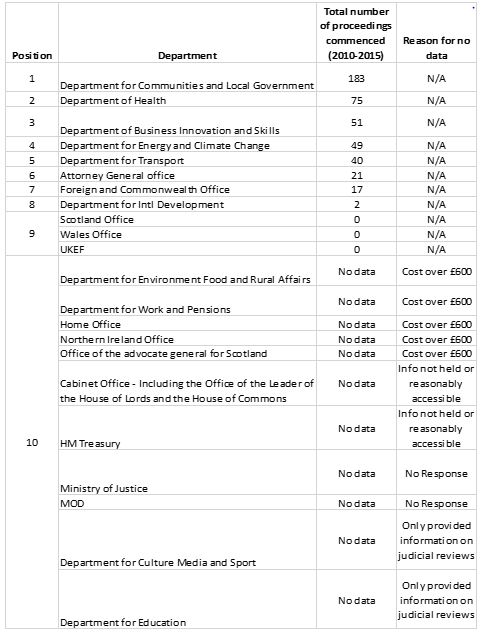 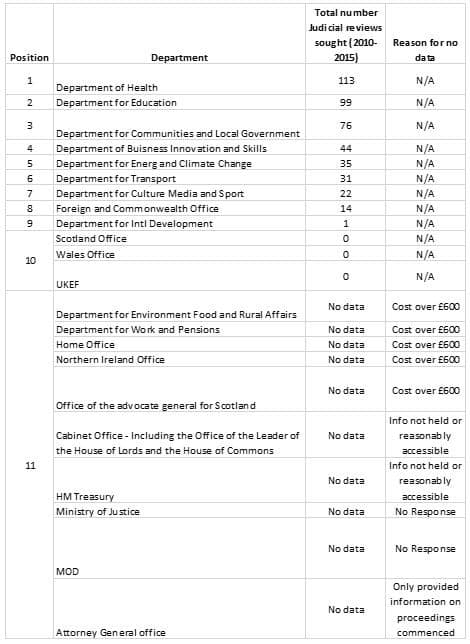 Annecto Legal can connect you to a network of specialist solicitors. Get in touch with one of our experts today to discuss your litigation funding and ATE insurance options.