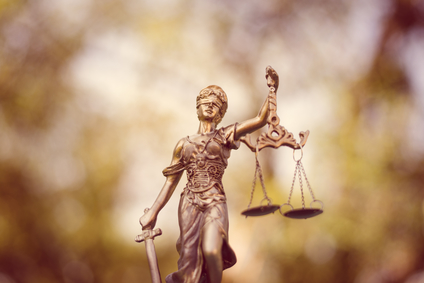 One of the creators of ‘This is Spinal Tap’ is launching a £100M lawsuit against the multinational parent company of Universal Music and StudioCanal.

The action accuses Vivendi of owing Harry Shearer and his colleagues large amounts of royalties from a film which had a shoe-string budget of $2.25M and went on to become a cult classic following it’s 1984 release.

Coverage of the dispute has quite rightly focused on Spinal Tap references and puns – I’ve got mine out of the way in the title. There’s another interesting angle here: An individual taking on a billion dollar conglomerate in legal action that could be vociferously defended, leading to high costs on both sides.

In newspaper commentary there are quotes from Tony Hendra, who played the band’s manager, Ian Faith, that there had been previous discussions between the actors about where the money had gone – Despite these suspicions no-one had ever been in a position to launch costly legal proceedings.

This is often the case in disputes between parties that have huge disparities in financial resources: On the one side a claimant with extremely limited funds and on the other a defendant with almost unlimited funds. Cases like this often ‘wither on the vine’ and it’s one of the reasons that Annecto Legal works directly with both solicitors and clients to get cases ‘off the ground’.

At a very early stage this can mean seeking forensic expertise, asset tracing and barrister’s advice on prospects – Whatever it takes to break the vicious cycle of “we need funding but the funder needs a QC opinion. But it’s the QC opinion that we need funding for!”.

Once the groundwork is done, the full market can then be explored for funding. This is important because there are over 25 funders operating in the UK at the moment, and some operate vastly different models to others.

Which funder is best depends on factors such as:

The evolution of third party litigation funding has gathered pace over the last two years, with new entrants and even some existing funders seeking to adapt their approach to the needs of the market.

There’s no reason why potentially good claims should be dropped because of lack of funds, or due to a client’s reluctance to enter into a process with no defined time frame or cost. Clients can now litigate with absolute certainty over costs by using funding and ATE to pick up the slack if budgets change and costs rise.
The playing field for disputes can be even, so long as the right approach is taken and all options considered.

Is it time to have a conversation about funding?

Mark Beaumont is co-founder of Annecto Legal Ltd and a member of the steering committee for the Commercial Litigation Association. He speaks regularly about access to justice, third party funding and after-the-event (ATE) insurance as well as lawyers how to use risk transfer as a business development tool.