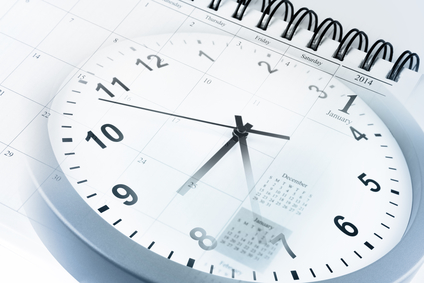 Before we get too far into April, we’d like to think back to last month – a big four weeks for Annecto Legal and the UK legal industry.

In the face of widespread protest from businesses and lawyers, on 9th March the Government substantially increased court fees. The measure – which, according to Lord Faulks, is designed to make claimants “pretty sure” of their case before suing – will see the upfront costs of legal action soar to up to £10,000.

It is disappointing that a government so vocal about its support for British enterprise would put further obstacles in the way of small business owners seeking justice. Annecto Legal’s litigation specialist, Michael Lent, has appeared on BBC News to protest the fee hike, and has provided expert comment on the matter to a range of SME and business publications.

He also recently discussed the issue with Joshua Rozenberg (left), a nationally renowned legal commentator. We were pleased to find that he shared our concerns and voiced them in a speech delivered to the Civil Court User’s Association’s annual House of Lords dinner – in addition to analysing the retrograde developments in The Guardian.

We have highlighted the relevant portion of Mr. Rozenberg’s speech below.

“The lord chief justice and his colleagues told the Ministry of Justice that fees of £7,500 on a claim of £150,000 were likely to have a disproportionately adverse impact on small and medium enterprises as well as litigants in person. Litigants would have to pay the money up front, they pointed out. In cases where damages were not specified in advance, including some personal injury claims, the maximum fee of £10,000 would be payable, even though that sum might be “completely disproportionate to the damages ultimately recovered.

As I also reported, the senior judges did not pull their punches in criticising the government’s methodology. “The research evidence-base for these proposals is far too insubstantial for reforms and increases of this level,” they said.

A day or so later, the government’s Regulatory Policy Committee announced that the Ministry of Justice’s Impact assessment was not fit for purpose. It said: The IA must clearly explain why £190 million is required and, if HM Courts and Tribunal Service will be generating a surplus, this must be clearly reflected in the IA and the Department must explain what this additional revenue will be used for.
Criticism of the changes has ranged widely. Michael Lent, a litigation funder at Annecto Legal, told me that the increases would bring real difficulties for small and medium enterprises.

They are being priced out of what is already an extremely costly process. Businesses will be less likely to pursue claims, regardless of their merits. The government undoubtedly recognises that access to justice is being impeded by high legal costs. Hence last week’s dramatic U-turn when the Ministry of Justice abandoned a plan to ban ‘no-win no-fee’ funded insolvency claims.”