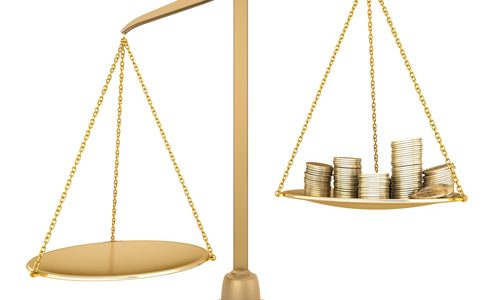 ATE and Security for Costs are in the spotlight again: The Court of Appeal recently overturned a High Court decision and limited the circumstances in which an ATE policy can be used to defeat an application for Security for Costs.

Premier Motor Auctions is unsurprisingly an auction house specialising in high-end automobiles, and it also had a profitable side line in private number plates. Now in Liquidation, it is bringing claims against PWC in relation to both the administration and subsequent liquidation of the business. The claimants seek damages of almost £50m.

The defendants asserted that because Premier is in Liquidation they had reason to believe that the claimants would be unable to pay the defendants’ costs if ordered to do so. Accordingly, the defendants issued an application seeking around £7.2million in security for costs from the liquidators.

The claimants obtained ATE to the tune of £5m in cover (from multiple insurers) to cover any adverse costs order that might be made against them. They did not obtain deeds of indemnity from the insurers. As a result, the defendants sought security for their costs in the sum of approximately £7.2m.

PWCs legal team contended that “unlike the payment of money into court, a bank guarantee, or a deed of indemnity, the ATE policies were not adequate security because they could be avoided in certain circumstances by the insurers”.

As is standard, the insurance documents contained exclusions and conditions precedent which would provide insurers with a basis to avoid liability, if triggered. Many of these turned on whether the insured had made full and honest disclosure when applying for the policy, but also included other clauses such as the right to withdraw cover if the merits of the claim fell below 50%.

Longmore LJ quoted Mance LJ’s comment in Nasser v United Bank of Kuwait [2002] 1 WLR 1868, that “I would think that defendants would, at the least, be entitled to some assurance as to the scope of the cover, that it was not liable to be avoided for misrepresentation or non-disclosure (it may be that such policies have anti-avoidance provisions) and that its proceeds could not be diverted elsewhere”.

Longmore LJ then commented that “I cannot see that on the facts of this case these defendants have that assurance. It follows therefore that there is reason to believe that the Companies will be unable to pay the defendants’ costs if ordered to do so and that the jurisdictional requirement of CPR 25.13 is satisfied.”

Because a defendant is not able to influence the terms of any ATE policy, it is for the claimant to show that the policy is sufficient to protect the defendant, with a focus on the key clauses for voiding the policy.

The facts of the case will determine which clauses are an issue, but it is important to have in mind that blindly signing up to any insurance documents is probably not going to be sufficient to beat an application for Security for Costs.

ATE will still provide appropriate security in most cases, but be conscious of the policy wording and whether the case is heavily reliant on witness evidence (if the witness is shown to be lying will insurers void the policy for fundamental dishonesty?).

It is now common for policies to provide for a Deed of Indemnity should an application be made for security for costs, and certain non-avoidance clauses can often be waived too.

The case highlights the importance of getting the right solutions for you case, and thinking of the potential issues further down the line.

Mark Beaumont is one of the founding partners of Annecto Legal Ltd, an FCA-regulated broker of ATE insurance and funding. Annecto provides free guidance around all aspects of insurance and funding, as well as in-house training for fee-earners and insolvency practitioners.