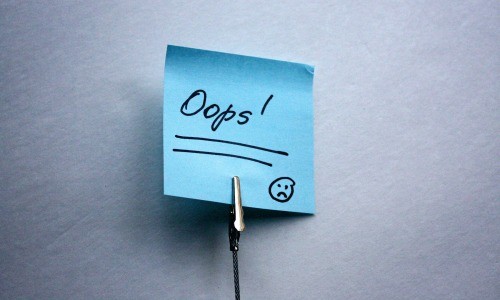 In business and in life generally, we put a lot of trust in people: we rely on the fact that the people we work with will act professionally and carefully, and not make mistakes that cause us major damage. We also rely on many other simple things that are so obvious we don’t often think about them: when we visit another company, we expect that their office will be safe, for example.

As with the best laid plans, sometimes these expectations go awry, and occasionally we have to look to the law to help resolve matters in such situations. Of course, many issues will be covered by contracts, but even the best contracts cannot foresee every possible contingency. This means businesses can find themselves unprotected when they need help the most, but there is another way that you might be able to compensate for any losses suffered: the law of negligence. In order to properly act to protect its interests, a business must understand what falls under the ‘professional negligence‘ banner.

While businesses generally understand the basic concepts behind contracts, negligence can be murkier and often full of unwelcome surprises. Businesses can be held liable for things that aren’t even on their radar (did you realise that you are liable as a business if one of your employees is driving carelessly and crashes into another car whilst on a job?).

Negligence can affect companies of any size, at any time, but smaller businesses and start-ups are particularly at risk. This is not just because they’re often unaware of the issues surrounding professional negligence, but also because they are unsure about how to react when it happens. A more established business is more likely to have the processes in place to deal with such circumstances. That being said, a business with more than a century of history behind it can fall foul of another’s negligence, as Welsh engineering firm Taylor & Sons discovered to its cost in 2009.

In 2009, Companies House recorded a business registered as Taylor & Sons LTD (T&S) as having gone into administration. However, that wasn’t true: Companies House intended to report the similarly-named Taylor & Son as liquidated. Despite correcting their mistake a few days later, it transpired that Companies House had already sold the erroneous information on to credit reference agencies. This domino effect led to T&S’ suppliers being advised that the company was in administration, and so, to protect their own interests, they ceased their dealings with the company. Despite their best efforts to save the business and inform clients of the error, T&S folded two months after the mistake was made, and 250 employees lost their jobs.

Companies House’s lawyers tried to argue that the error couldn’t possibly have been foreseen, and you can imagine the horror of the person who realised they had made this grave data entry error. The High Court refused to accept this argument, and in January 2014, found Companies House liable for the closure of T&S. While the final damages have yet to be agreed at the time of writing, lawyers acting for T&S have valued their claim at £8.8 million.

This is clearly an unusual, and extreme, example but it is worth remembering that you can act when you feel your business has been the victim of negligence. As the Managing Director of T&S, Phil Davison-Sebry said: “The truth came out and the judge understood fully what they [Companies House] did. […] It was worthwhile because we never would have known the full extent of what went wrong otherwise.”

Pursuing a claim for negligence

What should you do if you think you have a claim for negligence? Firstly, it’s helpful to consider whether you think the person or business in question was negligent. Remember, the word has a legal meaning that’s not quite the same as “careless”, so although you might think someone’s been very careless, that doesn’t necessarily mean you have a claim against them. Only a legal expert will be able to properly advise you, but it helps to know some basics.

Courts decided how to work out if someone is negligent in what is probably Britain’s most famous court case: Donoghue v Stevenson. In 1928, Mrs Donoghue visited a cafe in Glasgow with a friend who bought her a ginger beer. Mrs Donoghue thought there was something wrong whilst drinking, but only when she got to the end did she see the remains of a slug. She was soon very ill. The court decided that Stevenson, who made the offending drink, had been negligent. Stevenson owed Mrs Donoghue, or anyone who was likely to drink the ginger beer, a duty of care. They had a duty to ensure that people who might use their products weren’t harmed by them. Of course, no-one can consistently avoid causing any harm to anyone at all, and if you claim that someone has been negligent, you need to be able to show that they acted unreasonably in breaching their duty of care. In Mrs Donoghue’s case, that was obvious: manufacturers should ensure there aren’t slugs in their drinks. But it’s not always so clear. Also, bear this in mind: even if someone has been negligent, you’ll only be able to win compensation if you can show that you’ve lost something (i.e. money or equipment) because of the other person’s negligence.

Donoghue v Stevenson has been applied in several contexts. If you are an accountant and give negligent advice to a small business that is relying on you, for example, you can be liable for their losses. Of course, here it’s important that you get expert advice to see if your claim is actually a good one.

If your business has suffered as a result of another’s negligence, then the obvious next step is to get in touch with a lawyer. A word of caution here: Few lawyers are experts in professional negligence, and bad advice can be just as costly as the original negligence! A good professional negligence lawyer will be able to advise on your claim, but is likely to be expensive. Because of this, all too many SMEs avoid legal action entirely and suffer the losses themselves. An alternative approach is to seek guidance from a specialist in legal risk management. A free consultation can let you know if your issue is worth pursuing and also show you how to reduce your legal costs, often to nothing at all. By utilising alternative litigation funding options, all supported by a network of highly-qualified professional negligence solicitors, businesses can take on those who have behaved negligently towards them. Even the smallest businesses can take on, and beat, multinational companies and even government-run organisations without the costs consequences of old.

If you would like more information, read how to start your litigation or ask us for specialist advice about your professional negligence claim.